Maddie Baillio is about to wow television viewers with her live performance of Tracey Turnblad when Hairspray Live! airs on NBC December 7, 2016. This is the first TV role for Maddie Baillio.

“This is surreal,” the actress told the media. “This was my first audition outside of college and school.” It was a spur of the moment thing for Maddie Baillio. “I decided at like 3 a.m. the night before the big open call in New York City, that I was going to go out and go do it. There were over 1,300 girls there, and I was number 344, and after four callbacks, I got the part.” Talk about a Cinderella story! “And now I’m with this incredible cast, these people that I’ve looked up to for so long, so it’s like the ultimate master class for me.”

She learned she got the part when she was called in for what she thought was another interview.  “And so they had, like, a little interview set up, and they told me that they were doing a behind-the-scenes thing for the other Tracy hopefuls, how it all came together.” Then director Kenny Leon came in and gave her a note to read. It said, “Maddie Baillio will be Tracy Turnblad in NBC’s Hairspray Live!” It was a big surprise for her and the start of an incredible ride for this young woman who just completed her sophomore year in college.

Kristin Chenoweth is a veteran actress and singer and will be playing Velma Von Tussle in the show. She declared, “I actually wanted to play this role originally back in ‘98, but I was too young, so I was hoping to graduate into one of the parts and here I sit. I saw the original movie and I guess now it’s the right time, and I’m working on my splits and my twirling,” she said with a big grin.

Chenoweth exclaimed, “I’m so excited. I’m very, very honored to be sitting up here with everyone.” The entire cast seemed to be bonding into one big family. When asked what other live musical event she would like to be in she simply stated without hesitation, Mame.

Ariana Grande is playing Penny Pingleton in the live performance. “I never thought it would actually happen. It’s kind of surreal for me to even be a part of this,” she exclaimed. “I’m so grateful.”

Grande explained, “I got to see the original Broadway cast, which was incredible. I think I was 10 or 11, so way too young.” She added with excitement, “I don’t even know what’s happening.  My theater geek inside, which is what I am, I can’t take it.  And it’s very overwhelming and very exciting, and Penny’s been my favorite character since the start.”

For Grande, “Playing Penny has literally been a dream of mine since the original Broadway cast, since Kerry Butler originated the role.  It’s a dream come true for me.  So I don’t want to change anything about the role or, you know, how she develops.  I just love Penny, and it’s just such a great honor to play her.  So I don’t want any sort of special icing or parts.  This is, like, really great, and I’m so happy.”

And Jennifer Hudson will be playing the part of Maybelle. This actress/singer looked at the media and stated, “I’m definitely nervous. That’s for sure.”

“It’s different when you are watching it as a viewer versus watching it knowing you’re going to be a part of it,” Hudson explained. “So I feel I’ve been reintroduced to it in a different way now, now that I’m a part of it. I’m seeing it differently. In a way it’s like a new introduction to it.  But it is scary, because I just had my first Broadway experience. I just got off of Broadway, and just doing the first opening night was traumatizing to me. So now I’m like, ’Are you crazy?  Are you really going to do this on live television?’  Because that feels like opening night happening on television.” And we all know there are no re-dos on live TV. 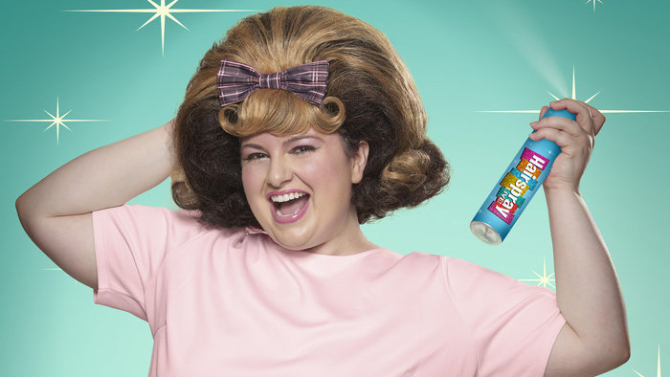