Trending
You are at:Home»Entertainment»‘Spencer’s Mountain’ in stunning HD on Blu-ray

Before there were the Waltons, there were the Spencers. Earl Hamner penned the novel and in 1963 the movie “Spencer’s Mountain” hit the big screen. It was the inspiration for the popular TV family drama “The Waltons” which ran from 1971-1981. The similarities between the movie and the later TV show are immediately noticeable by viewers.

The movie is about three generations of Spencers. Henry Fonda plays Clay Spencer with Maureen O’Hara costarring as Olivia Spencer. James MacArthur is Clayboy, aka Clay Spencer Jr. Clayboy’s desire for knowledge is his driving force. He is the first Spencer to graduate from high school and he wants to go to college. The problem is he needs a scholarship because the family cannot afford the tuition and other expenses.

While the family focuses on getting the scholarship and money for their oldest child to go off to college, Clay continues to work in the quarry while building his dream house on the top of the mountain. Clayboy is being wooed by his childhood friend Claris (Missy Farmer), a willful young woman whose hormones are raging and who entices Clay into more than their usual pecks on the cheek.

The large family is not the only similarities between the Spencers and the Watons. The grandparents live with the Spencers, just as they did with the Waltons. Another similarity is a reference to the “recipe” that two women make from their father’s recipe. This concoction manages to cause a ruckus when Clay has the new minister (Wally Cox) imbibe in the liquid. The minister had never had alcohol and it quickly takes its toll on him. Unfortunately, the entire town is witness to their inebriated new minister. Olivia Spencer is a religious woman raising her children to be the same. Clay doesn’t feel the same way about religion. This was the same in the Walton household with John Walton.

The movie was filmed mostly on location in Jackson, Wyoming and this new High Definition Blu-ray brings the beauty and majesty of the Tetons to viewers. It is spectacular scenery.

Bonus features include a roundup of interviews with Henry Fonda while everyone was preparing for the film’s premiere in Wyoming. Another bonus looks at the town of Jackson Hole and the people who played parts in the movie.

“Spencer’s Mountain” is an endearing film filled with family love and devotion. The Blu-ray release is part of the Warner Archive collection and can be ordered from their website (www.wbshop.com) or online retailers. 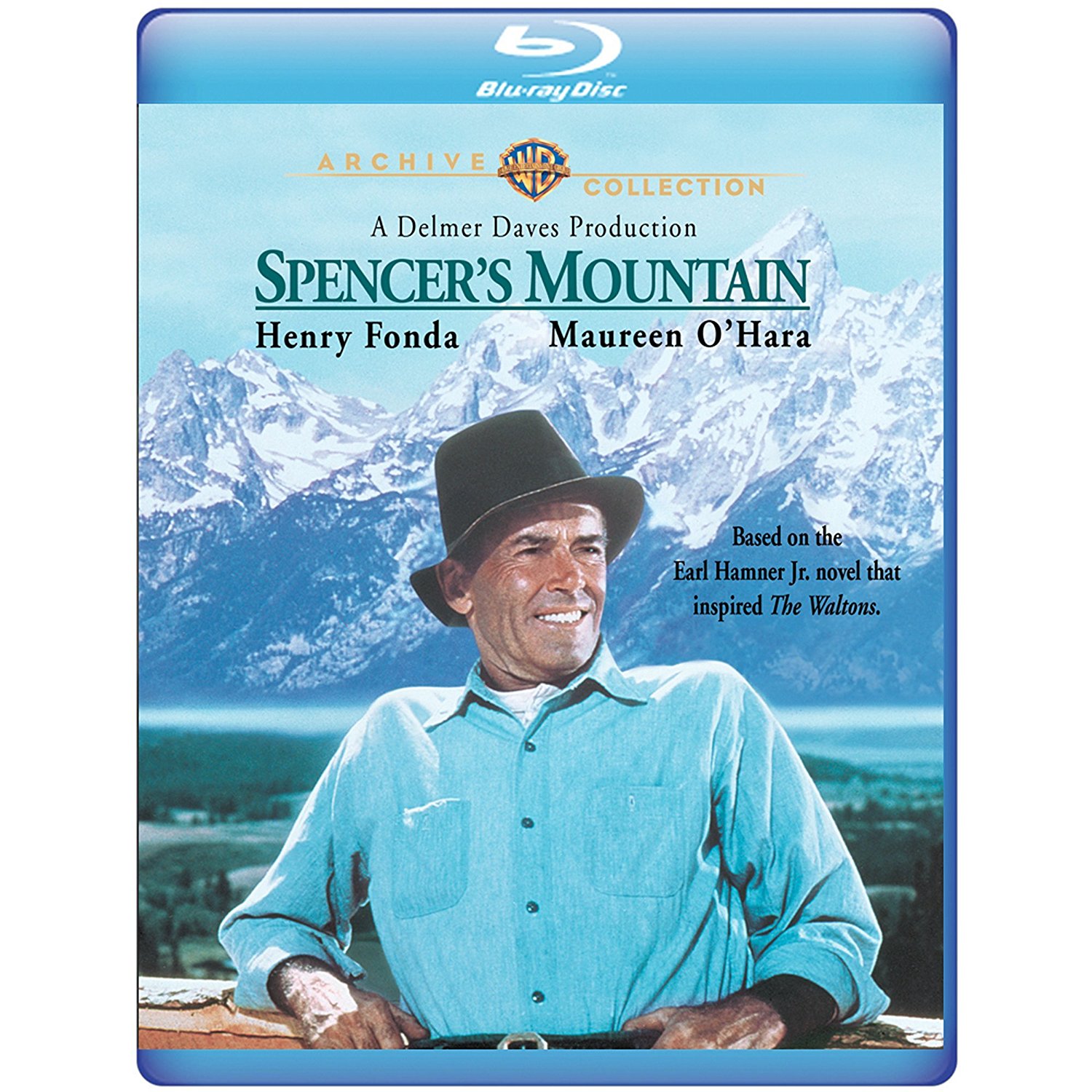