Trending
You are at:Home»Entertainment»Nick Nolte Returns to TV in ‘Graves’

In the EPIX series “Graves,” Nick Nolte plays a former two-term president who is trying to undo some of the things he did as president.

His wife (played by Sela Ward) has been the rock of the family and is about to embark on her own campaign for senate. Nolte recently discussed his own life and this new series with the media.

Relating to his character of President Graves, Nolte said, “You know, you’ve gotta look at your own life and say how old are you and do you have any regrets or not. I’m 75. I got a lot of regrets. So it doesn’t matter whether it’s president or not president or Republican or Democrat. [Graves is] a man that is aching. He knows he’s going to die, and he’s looking back at his life, and some of the things he did earlier, he regrets the decisions [he made].” Nolte added, “There isn’t a president that doesn’t. But they don’t do anything about it because they’re in the public eye. We take license to be the satire and go into it,” he explained about the show.

“Our story begins on the second pass-through that he now is looking at his decisions,” Nolte said. Having a president with a second chance at doing things is pretty rare. “We forget every day how lucky we are to be alive. You’re only a breath away from death. You are, you know?” That’s something that is front and center in Graves’ mind as well as Nolte’s.

The actor is proud of the strong relationship between Graves and his wife. He is also very adamant about marriage per se. “In fact, my personal thinking is that the trouble with America is that marriage has become so easy to shuck off. 60 percent of the children are raised by a single parent. And I think that’s the problem, and in a couple generations it’s going to be a huge problem.” For his character, his marriage and family are a big part of his life as well as a strong part of the series.

What viewers will enjoy in the show are the cameos by various politicians and others. In the pilot Rudy Giuliani appeared and Nolte stated, “Rudy was great. He was just Rudy, and I could tell that he was going to support whatever the Republican Convention came up with.” Other politicians appear in the series, and exercise guru Jillian Michaels makes an appearance in the show along with other celebs.

Although he had been acting for years, Nolte was probably first recognized for his performance in the hit miniseries “Rich Man, Poor Man” in which he played Tom Jordache. Most of his acting has been on the big screen, so this foray back to TV is something that is going to put him in the public’s eye on a weekly basis. And he is proud of the show and the story. 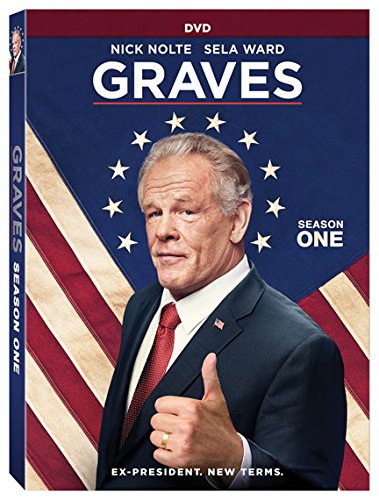