In 1999 author Joan Anderson published her memoir of self-discovery. “A Year by the Sea” is now a motion picture available from Amazon and iTunes.

Karen Allen stars as Joan, a middle-aged woman with two grown sons and a lackluster marriage to Robin (Michael Cristofer). When he springs a surprise move on her, Joan is thrown off balance. She wonders what happened to the woman she was a long time ago. So, instead of going with Robin she rents a cottage by the sea on Cape Cod and sets off to find herself.

Once at the cape, she discovers she has to row a boat out to the cottage. And to get running water she has to pump it up. But Joan tackles everything with a sense of adventure.

Joan meets another woman (Celia Imrie), a free spirit who immediately befriends her. Their friendship is a rock for both of them. And then she meets a fisherman (Yannick Bisson) who also becomes her friend. He even hires her to work in his fish market and takes her out on the ocean to spend a day with the sea lions.

She happily conquers each obstacle as they appear, and in doing so she understands that her life is that much richer knowing how strong she is as a woman.

This is a charming movie filled with endearing characters. If you enjoyed the 2003 movie “Under the Tuscan Sun,” you will most likely enjoy this film as well. 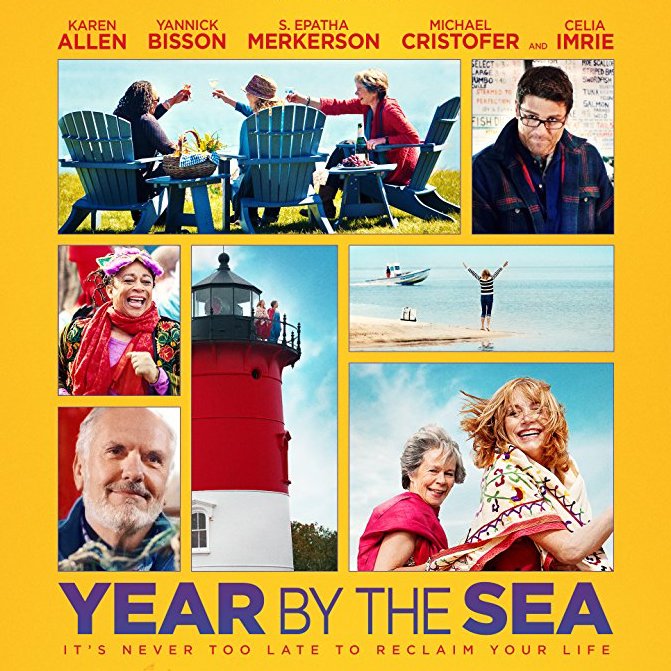 Karen Allen is delightful as the woman who is desperate to change her life. Allen starred in the “Raiders of the Lost Ark” films and enchanted audiences in the 1984 film “Starman,” alongside Jeff Bridges.  Bisson is Detective William Murdoch in the “Murdoch Mysteries” aka “The Artful Detective” on Ovation.

“A Year by the Sea” is available on iTunes and Amazon beginning November 30, 2017.